A Response to Robert J. Delahunty’s “Robert Jackson’s Opinion on the Destroyer Deal and the Question of Presidential Prerogative,” by Richard M. Pious

A Response to Robert J. Delahunty’s “Robert Jackson’s Opinion on the Destroyer Deal and the Question of Presidential Prerogative,” by Richard M. Pious

Written by Business Manager on January 12, 2014. Posted in Uncategorized

Delahunty, using his own definition of prerogative (that it is an emergency power that the President deploys to violate law) in his article, would be correct in his criticism, had I used his narrow definition. But I use a broader definition of prerogative power, standard in the field, which is that prerogative encompasses the constitutional powers of the office of President in Article II, and such sovereign powers and concomitants of nationality that he also claims (including powers derived from treaties and international agreements, or customary international law). 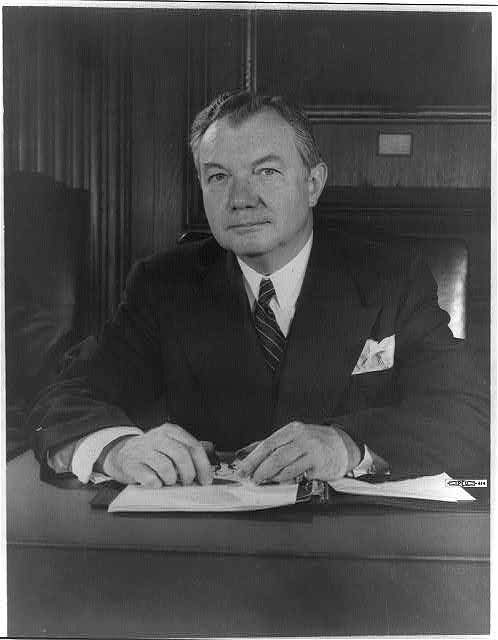 And so, even on the page Delahunty cites, I devote considerable attention to the way in which Jackson construes the two key statutes rather than claims any dispensing power. But I also point out that FDR’s directions to Jackson to read the statutory language in ways that were clearly at odds with both the plain text and legislative intent involved the presidential prerogative to “take care that the laws be faithfully executed.” (The interested reader can consult Jackson’s posthumous autobiography, That Man, for a full account.) And my argument about FDR’s turn toward prerogative is in the context of his inability to get congressional backing for either a treaty or a law, which led him to conclude an executive agreement instead. My broad interpretation of presidential prerogative (which includes, but is not limited to, emergency powers and dispensing powers) is pretty standard fare. Interested readers can consult the article I wrote on the subject for the leading reference book on the American presidency, Prerogative Power and Presidential Politics, in The Oxford Handbook of the American Presidency (George Edwards, ed., New York: Oxford University Press, 2009), which includes a bibliography dealing with various forms of prerogative. Or they could consult the response to FDR’s actions penned by many distinguished legal scholars at the time, who took for granted that FDR had exercised prerogative powers, including Edward Corwin’s letter excoriating FDR (in The New York Times, October 13, 1940, p. 72). Or they could follow the response of Wendell Willkie, then running against FDR, who warned “we must be extremely careful in these times, when the struggle in the world is between democracy and totalitarianism, not to eliminate or destroy the democratic processes while seeking to preserve democracy (Chicago Daily Tribune, September 4, 1940, p. 6) and who charged that the President’s decision to bypass Congress was “the most dictatorial and arbitrary of any President in the history of the U.S.” (Chicago Daily Tribune, September 7, 1940, p. 8). I happen to believe that FDR used a combination of statutory interpretation and prerogative powers to conclude a deal that was necessary (if not sufficient) in creating the wartime alliance with Great Britain. That I do not believe that he went off half-cocked into emergency prerogatives and the dispensing power will be clear to anyone who reads my article on the subject carefully and pays close attention to definitions and concepts.